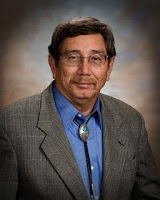 Arizona State Senate Democratic Leader Sen. Jorge Luis Garcia today reflected on the passing of Sen. Edward Kennedy of Massachusetts.
"We are immensely saddened at the passing of nuestro amigo Senator Edward Kennedy. He was a pilar of strength and a tireless fighter for the American people until his final breath. His work is ingrained in the fabric of our nation and we are eternally indebted to him for his contributions. Our thoughts and prayers to his family during this time. The nation mourns with them. Que Dios lo bendiga."
Posted by Arizona Senate Democrats at 2:55 PM