This is published in today's Arizona Daily Star in response to a request to southern Arizona lawmakers to answer four questions about the budget. It is located online here and pasted below. 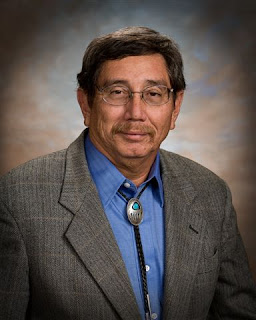 District 27
Sen. Jorge Luis Garcia, D-Tucson
Garcia is the Senate Democratic leader. He is on the Government Institutions and Rules committees.
Education
K-12 education funding needs to be protected. Where are our priorities as a state if the first people attacked are children? Instead of working for Arizonans in their time of need, Governor Brewer and Republicans consistently reject the very programs many of them rely upon. Her budget proposes $400 million in cuts to education in addition to the loss of federal stimulus dollars. Instead, we can look at a temporary payment rollover, which will allow the state more time to recover from this financial crisis.
Health care
Cutting people off health care is wrongheaded. AHCCCS covers 1.3 million Arizonans who cannot afford health care on their own. Cutting back AHCCCS rolls and behavioral health services puts our state's health and welfare in jeopardy.
Leaving more people uninsured shifts costs to our businesses, results in poorer overall health and shorter life expectancy because people are less likely to seek preventative care if they have to make a choice between food and medical expenses.
The local impact of AHCCCS sustains jobs in the health-care industry and results in fewer missed days at school and work. I cannot imagine a situation where a poor health-care system is a quality that will drive businesses to Arizona by the masses.
Budget cuts
We know that very difficult budget cuts are necessary, yet we still contend that they need to be attached to a comprehensive budget plan that addresses revenue for the state's future. The Republican-led Legislature has continued to protect their Republican friends, such as the state treasurer and secretary of state, as they have not taken any budget cuts. Instead, they chose to dramatically cut the Attorney General's Office, which protects Arizonans against financial fraud and border crime. They also cut programs addressing child-abuse prevention and high-risk pregnancies.
Republicans commonly insist that new spending must be paid for with new revenues. The same approach should be adopted with tax cuts. The majority of the people who will be devastated by the governor's budget are children and the mentally ill while Republicans continue to schedule tax cuts. Speaker (Kirk) Adams' "job creation" plan amounts to $600 million in business tax cuts at the same time we are asking citizens to pay more taxes and pack children into classrooms and kick them off health care.
Revenue
The state deficit is so massive that it is necessary for us to look at different revenue options. I am supportive of a tax referral so that the voters can decide whether to tax themselves. We can start by expanding the sales-tax base. A broadening of the base to services makes the sales tax much more stable and further spreads the burden while adding a nominal amount to luxury services.
If income tax is a desired target, we can revise our graduated tax system, including up to a $20,000 exemption for a family of four. With effective tax rates from 1.5 percent to 4 percent, a family earning $50,000 or less receives a decrease in tax burden, while burdens on other income brackets remain relatively stable.
Arizona's revenue system is broken. It needs to be fixed, not further eroded. Democrats have always supported revenue reform, but sadly, all that Republicans are interested in are tax cuts.
Posted in Opinion on Thursday, January 28, 2010 12:00 am
Posted by Arizona Senate Democrats at 9:15 AM