STATE CAPITOL, PHOENIX – Senate Democratic Leader Katie Hobbs (LD24) and Senator Lisa Otondo (LD4) were named Legislative Champions, and 11 Democratic senators were named Legislative Friends, by the Arizona League of Cities and Towns during their annual convention held recently in Oro Valley. Senators Hobbs, Otondo and their colleagues received the awards in recognition of their outstanding public service and dedication to local governance.

Democratic senators named Friends of Arizona Cities and Towns are:

“Arizona’s cities and towns are where Arizonans live their lives, go to work and raise their families. They provide the services that keep us healthy and safe and they bring us together as a community to make Arizona a great place to live,” said Senator Hobbs. “It is truly and honor to be recognized by our cities and towns as a champion for our local governments and their residents and I will continue to represent their vital interests at the legislature.”

“I am deeply honored to receive this award from the Arizona League of Cities and Towns and I'm proud to represent such a diverse district that reaches from the suburbs of Phoenix and Tucson to the farmlands, tribal lands and border towns of southwest Arizona," said Senator Otondo. "I work hard to ensure every community in my district, no matter how large or small, has a strong voice at the state Capitol and this award shows that their interests are being heard.”
Posted by Arizona Senate Democrats at 1:50 PM No comments:

STATE CAPITOL, PHOENIX – Senator Catherine Miranda (LD-27) was busy last Thursday morning, August 17, distributing “sackpacks” and school supplies to students at C. J. Jorgensen and Lowell Elementary schools. The donation of the colorful “sackpacks” was made possible by the Office Depot Foundation and the National Foundation for Women Legislators, which selected two elected women in Arizona to distribute the “sackpacks” and office supplies to children. Photos of the event are attached to this email.

“This donation makes a world of difference to children of disadvantaged families who normally cannot afford them”, said Senator Miranda.

“We are very grateful to the Office Depot Foundation and the National Foundation for Women Legislators for this generous donation. This is another example of our community coming together to help those in need.” 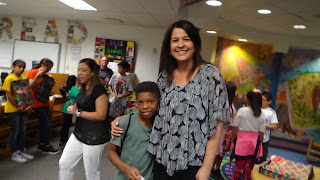 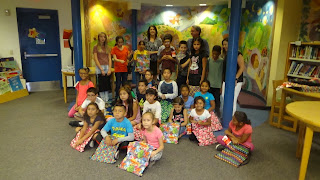 Posted by Arizona Senate Democrats at 3:35 PM No comments: