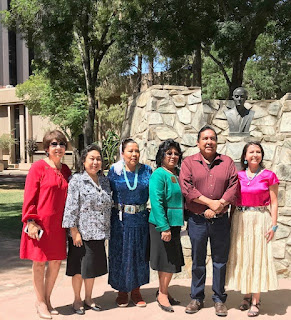 Video of the press conference can be seen here: https://youtu.be/qVxSZPGLtCw
Posted by Arizona Senate Democrats at 3:46 PM No comments:

At a press conference this Thursday morning, members of the Arizona Legislative Indigenous Peoples Caucus and tribal leaders will call on state and federal policymakers to stop the practice of the Trump administration’s inhumane "zero tolerance" policy.

Posted by Arizona Senate Democrats at 9:07 AM No comments: