Give us the staff and we'll give you a budget 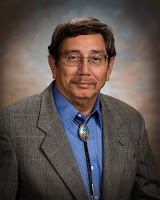 
Yesterday, a number of our colleagues questioned whether or not Senate Democrats were solid in their support of the budget strategies that we released on February 24 and encouraged us to draft budget legislation. The stated implication was that there would not be 12 votes for the legislation.

Our good friends from the media jumped on the idea and conveyed to us that should Senate Democrats be interested in pursuing this option, that Chairman Pearce had all but guaranteed that any such plan would move out of committee. Now the media drama was back on the Senate Dems.

After consultation with our trusted advisors, it was decided that the resources required to accomplish this task would be an inefficient exercise. In other words, the Democrats would need the JLBC Director and his staff’s assistance in putting together a budget and then Leg Council would need to draft language. However, if the President would commit to providing us with the JLBC and Legislative Council staff support required to draft a budget, we will start drafting. But I know that is not going to happen and I know that 12 is not 16, so we decided to improvise.

On your desk is a copy of the budget strategies that were released to the press and the public on February 24. The approach we took was to identify “revenues strategies” that would prevent additional cuts to state services and were designed to provide alternatives to massive cuts that will hurt Arizona citizens. Should any member wish a narrative description, I will provide it. What you have is our first list, we have compiled a second one and we are prepared to put that list forward should it be needed.

So Mr. President and members, I am here to announce that I am one of twelve that whole heartedly supports the Senate Democrats budget strategies. And I do so because I am of firm conviction that the “fat” has long ago been removed from Arizona’s services and I don’t want to cut into the bone.

Posted by Arizona Senate Democrats at 11:56 AM