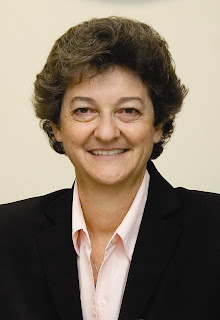 This is published in today's Arizona Daily Star in response to a request to southern Arizona lawmakers to answer four questions about the budget. It is located online here and pasted below.
Sen. Paula Aboud, D-Tucson
Committees: Appropriations Committee (ranking Democrat); Health Committee; Education Committee; Joint Legislative Budget Committee; Joint Committee for Capitol Review; Administrative Oversight Committee
Education
When a state's economy has debt, lawmakers either propose spending cuts, generating revenue or both. It's impossible to balance Arizona's deficit today without revenue. And legislators who propose balancing the budget as though programs were numbers on a spreadsheet with no sense of consequences for the whole state are just wrong.
Our universities, our economic engine, are being squeezed by cutting when the lawmakers themselves don't have a college education. Cuts to education hurt our work force development, and cuts to all-day kindergarten hurt early development of our future work force. It's like eating your seed corn. You cannot only look at the numbers . . . you must look at the cost to the public, to our future.
Health care
Cutting Medicare recipients doesn't just balance the spreadsheet. It cuts all the health-care infrastructure of the entire state that depends upon the Medicare reimbursements to stay in business - an infrastructure that maintains hospitals and employs doctors, nurses and technicians. The loss of $382 million really costs the state nearly $3 billion in matching funds and lost revenue. That cut alone could bankrupt rural hospitals, cost the state good-paying jobs, force more foreclosures, increase debt for banks, force rural families to travel three hours to Phoenix or Tucson for medical care. Simply put, the whole state would suffer.
Budget Cuts
By cutting Medicaid spending, the governor risks Arizona's ability to qualify for the extension of federal stimulus dollars. Uninsured kids and mentally ill will flood the ERs with their medical needs, forcing hospitals to shift the unreimbursed expense to you and me with higher premiums on our health care. That's called the hidden health-care tax.
Once the public understands the concept of tax shift, you'll understand why it's imprudent to make cuts in a vacuum. Arizona is already 50th in per-pupil spending. Our education achievement ranking went down last year from 43rd to 46th place. Who is going to want to live here or to move here?
Revenues
Revenue generation is critical to the health of our state. Let both sides of the aisle come together to make the state better, not tear it down further. The following revenue ideas have been suggested by the Democrats and they can help resolve the problem without ruining our state.
A utility excise tax can generate $233 million to $500 million, taxing out-of-state corporations. A hospital-provider tax could generate $600 million. Alcohol taxation, unchanged for decades, could generate up to $300 million. Private-prison fees could net $22 million. Suspending corporate and individual tax credits, money already owed to the state but diverted away, could generate $250 million. A QTR (Qualified Tax Rate) increase could bring in $600 million. Suspending a homeowner rebate could generate $414 million. Adding Department of Revenue auditors to collect owed taxes, charging taxes to out-of-state individuals and corporations doing business in Arizona, increasing charges for freight trucks passing through the state and eliminating tax breaks on ethanol, gasohol, country club membership and simulcast dog racing are just some of the proposals we've put on the table.
Many of these ideas move our state forward, won't over-tax the citizenry, and won't decimate state services or our education system.
In answer to the Star, I propose no new cuts to the state at this time. It's time all Arizona lawmakers sit down together to choose the future course for our state.
Slashing important programs merely to balance a spreadsheet is wrong. All of us working together is a better, healthier solution for Arizona's future.
Posted in Opinion on Friday, January 29, 2010 12:00 am
Posted by Arizona Senate Democrats at 9:03 AM